Renaissance is fortunate to have a great staff who are not only experienced and creative but also truly care about each of the students who join the school. 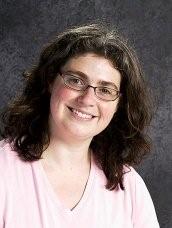 Martha Daman, last remaining founding member of the Renaissance School of Art and Reasoning staff and lead teacher, teaches eighth grade language arts and History, sixth through eighth grade Performing Arts, and Guild (aka. advisory). Her preferred pronouns are she, her, and hers.

Martha Daman has been teaching in the Lake Washington School District since the fall of 1999. She began dancing and performing at age three in Cupertino, California, where she spent her first seventeen years. After moving to Redmond and graduating from Redmond High School, Martha pursued her college career in Ellensburg, Washington at Central Washington University. Following her marriage to John Daman in August of 1998, she completed her student teacher training at Rose Hill Junior High under the supervision of Gary Iverson. Martha got a job in the Lake Washington School District right after graduation in June of 1999 at Kirkland Junior High (now Kirkland Middle School).

In August of 2000, Mrs. Daman started teaching at BEST Night School program (now Emerson Night School), where she developed independent learning plans for students wanting to graduate from high school. Following the year at Night School, Ms. Daman was offered a position in the BEST High Day School (Emerson School) program, where she taught all levels of high school English and a few History classes, as well Performing Arts. While at BEST High School she directed the plays Willy Wonka and Bugsy Malone with the high school students.

Ms. Daman believes very strongly about the importance of building strong working relationships, opportunities for choice, and partnering with families to establish an environment for success for her students. She welcomes visitors to her classroom to see what students are actively engaged in. Rigorous studies in English language arts, social studies, and performing arts are all passions of Ms. Daman, and she expects students to give each subject equal attention and care. She does not expect perfection from them; however, she does expect everyone to give their best and grow through the experiences she provides them. 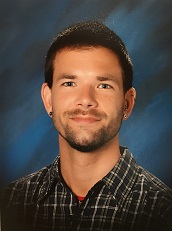 Mr. Todd Bohannon is a Bellevue native and attended Spiritridge Elementary, Tillicum Middle School, and Sammamish High School. Growing up here in Western Washington, he spent much of his youth running around outdoors, which has fueled a lifelong passion for the natural world. During the summers, he attended camps through the YMCA, which eventually lead to his becoming a camp counselor, that would later influence his decision to become a classroom teacher.

He holds a B.A. in Media Studies from Evergeen State College, and spent three years in advertising before realizing he needed to quit his job and go back to school to become an educator.

Todd completed his student teaching in Seattle Public Schools at Thornton Creek Elementary (then AE2) in a split, 4th/5th grade classroom and was later hired on as a full time, classroom teacher. Thornton Creek is a project-based, arts focused, interdisciplinary program that shares many similarities with Renaissance. He subsequently earned his master's degree, researching and developing techniques for utilizing Shakespeare-based curriculum in an elementary classroom.

In addition to teaching at Thornton Creek, Todd has been involved with a number of environmental education organizations, such as No Barriers Youth, an international immersion program for kids (formerly known as Global Explorers). No Barriers is a fantastic, non-profit organization that provides students with transformative experiences in a number of locations around that world. Working primarily with middle and high school students, he has taken four groups of students to the Peruvian Amazon and the Peruvian Andes. It has been a brilliant, life-changing adventure and I plan to lead another trip in the near future!

Todd is also a volunteer educator for REEF, the Reef Environmental Education Foundation, whose head office is located in Key Largo. REEF works on a number of marine conservation projects around the world, including a vast citizen science project that trains people to identify and survey fish populations in tropical reefs around the world. For the past five years, he has been working with REEF on a project known as The Grouper Moon Project, in the Cayman Islands. The goal of the project is to protect the Nassau Grouper, an apex predator in Caribbean coral reefs, which is now on the brink of extinction. Every winter he travels to the Caribbean to work with teachers and students to educate them about the Grouper, tropical reef ecology, and to connect classrooms with the scientists working in the field. He will be joining the project again this winter and students here at Renaissance will have the opportunity to participate by engaging in classroom activities and live video feeds with him and researchers in the field. You can find more information at his blog: www.groupereducation.edublogs.org.

Todd is extremely grateful to be a new member of the Renaissance family and is super excited to continue to pursue his passion for teaching here on the Sammamish Plateau.

Prabha joins the RSAR team this year and brings many years of experience working with students. She has several degrees, sociology, psychology and electronics and is currently completing her Masters Degree in teaching. She is married, has a son and two dogs. In her free time, she enjoys hiking, gardening and reading.

Tessa is returning as our counselor at RSAR and Eastlake High School. She graduated from Linfield College with a degree in Exercise Science and completed her Master’s in School Counseling in August 2021. Before joining the LWSD, Tessa worked as a Behavior Technician in an elementary Special Education program. She is excited to returning to work with Renaissance students, families and staff. Tessa is a Seattle native who has lived in North Seattle her entire life. Outside of work, Tessa enjoys cooking, walking, reading, playing soccer, and spending time with friends and family.

Randy Neish will be returning to Renaissance this year as your assigned Youth Eastside Services counselor.